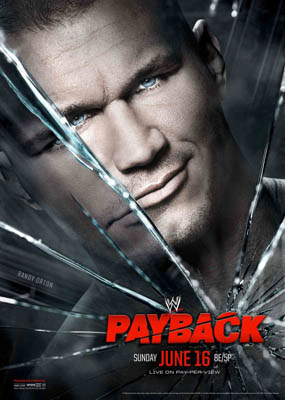 You can now pre-order WWE Payback 2013 on DVD and Blu-ray from the WWEDVD.co.uk website right now!

Scheduled for release on 26th August 2013.#, the DVD will boast Special Features and the Blu-ray will include at least 70 minutes of Exclusive Extras.

The event itself features John Cena vs. Ryback in a 3 Stages Of Hell match for the WWE Championship, Chris Jericho vs. CM Punk, Dolph Ziggler vs. Alberto Del Rio for the World Heavyweight Championship and more!

WWE ROYAL RUMBLE 2013 On DVD and Blu-Ray from 15th April 2013 Royal Rumble is one of my favourite WWE events. What other chance do you get to see 30 wrestlers brawling in a ring. […]