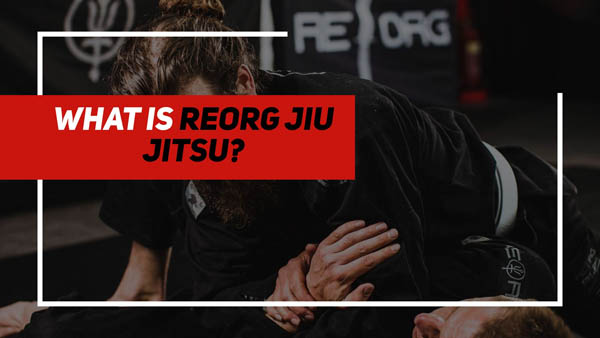 If you’re heavily into your martial arts brands, you may have seen that Tatami Fightwear have a range of rash guards dedicated to designs featuring REORG BJJ. But what exactly is REORG?

The purpose of the REORG Jiu Jitsu charity is to teach the art of Brazilian Jiu Jitsu to military and first responders who have suffered injury, either physically or mentally. BJJ serves as an outlet for these individuals to come together, learn the art of Jiu-Jitsu and push themselves in a safe environment with like-minded people who share the same goals. The support of the people involved, who too have gone or are currently going through difficulties, whether it’s recovering or learning to live with serious injury or dealing with post traumatic stress or depression, brings comfort and camaraderie whilst the sport of BJJ provides the chance to learn, adapt, overcome and rise to the challenge.

As anyone who’s ever rolled on the mat will testify, grappling is such a fantastic sport for many reasons. Practising technique on another person creates a bond between those you roll with so it’s more than just another exercise or workout class. Jiu Jitsu is also a great way of keeping physically and mentally fit. Rolling helps you to relieve stress whilst developing your skill and realising your potential.

The REORG charity has a number of trustees, including Mark Ormrod MBE, who served in the Royal Marines. In 2007, during a tour of Afghanistan, Mark stepped on an IED during foot patrol, resulting in him losing both legs and an arm. Being a triple amputee hasn’t stopped Mark from living life to the fullest. He’s gone on to become an Invictus games athlete, takes part in many challenges to raise money for REORG and charities and is also a motivational speaker and author.

Other trustees include actor Tom Hardy CBE, who’s also the REORG head ambassador, and Trent Scanlen, founder of CBD company Truth Naturals which Scanlen launched after having found CBD to ease his pain whilst beating cancer. Mark Ormrod, Tom Hardy and Trent Scanlen all train in BJJ too, and the charity organisation has found support from the wider BJJ community also, such as from Professors Jean Jacques Machado, Roger Gracie and Braulio Estima.

For more information on how REORG can help you, visit reorgcharity.com. If you’d like to support the work that REORG does for the veterans and emergency service workers, you can donate on their website. Alternatively, you can support by purchasing REORG BJJ clothing and accessories from REORG online shop, Tatami Fightwear or SubGuard.