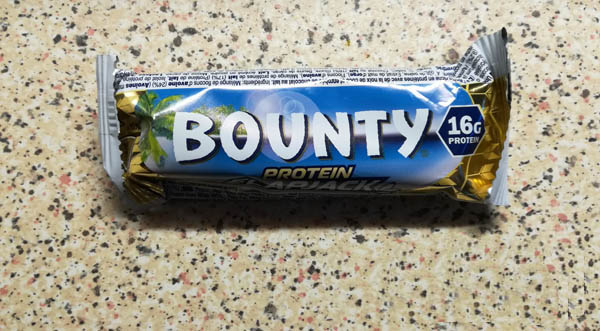 Like most women, I love chocolate. So when I was strolling through my local shop and spotted Bounty Protein bars for sale, I couldn’t help but grab one as I dearly love the coconut-filled confectionery and can be often found scoffing those leftovers from a tin of Celebrations. Someone said that the Bounty ones are the worst chocolate out of the Celebrations collection. PAH! They can carry on telling themselves this as that means there’s more for me.

So what did I think of the Bounty Protein Flapjack? Check out in my review below.

Unwrapping its familiar blue and white foil wrapper, this time edged with gold, reveals the tempting chocolate Bounty protein bar, measuring 4″ in length, 1.5″ wide and a depth of half an inch. Much chunkier in appearance than its confectionery counterpart, it’s a pretty inviting image for both chocoholics and fitness fans looking for a protein hit during or after training.

Biting into the Bounty Protein Flapjack, the texture is really thick and chewy. It’s gives a very oaty taste but with a sweet zing to it, almost like lemon, with the thin layer of chocolate providing the cocoa edge. Whilst it definitely has a coconut taste, which you would expect from this product, I can’t say it resembles a Bounty much. unfortunately, the combination of a slither of chocolate and coconut does not constitute a Bounty – the original is far superior to that. and unfortunately this Protein Bar is unable to emulate that classic Bounty taste. 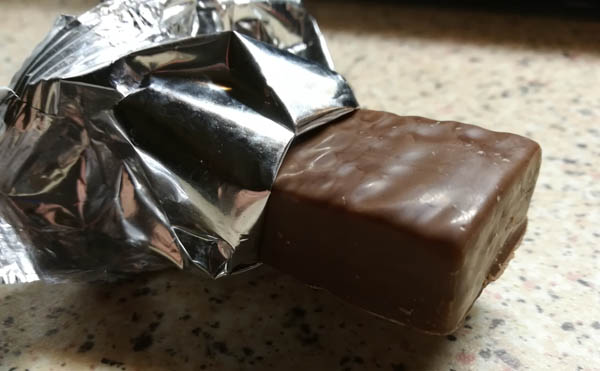 For those with allergies, the bar may contain contain Peanuts, Pecans, Hazelnuts, Almonds and Egg Albumin. It definitely contains milk, oats and barley though. The bar isn’t suitable for vegetarians nor vegans. 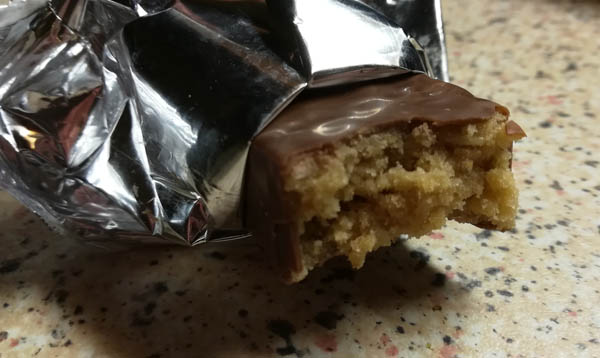 As a big Bounty fan, I was disappointed with the Bounty Protein Flapjack. Maybe I built it up in my head what it would taste like and the reality of the taste didn’t match it, but I feel like the flavour could have been much better. As a protein bar made by Mars Wrigley and trading on the Bounty name, I expect these bars to sell effortlessly however other bars made by dedicated nutrition companies taste better than this.

Outside of the taste of the bar, it does provide a substantial protein hit but if flavour plays a big part in your consumption of protein bars and the like, then I’d suggest trying a sample or a single bar before committing to a full box of Bounty Protein Flapjacks.

All good supplement brands have their core nutritional products which often include whey protein powders, BCAA powdesr, pre-workout powders and those tasty protein bars, cookies and flapjacks. One of the supplement world’s leading brands USN […]

When you’re on the go, the last thing you want to do is have to carry a load of extra items around which is why protein bars are so useful over whey protein powder. Straight […]

For those with a sweet tooth or who are always on the go, protein bars are a great way of consuming protein straight after training or as a heathier alternative to your standard chocolate bars. […]