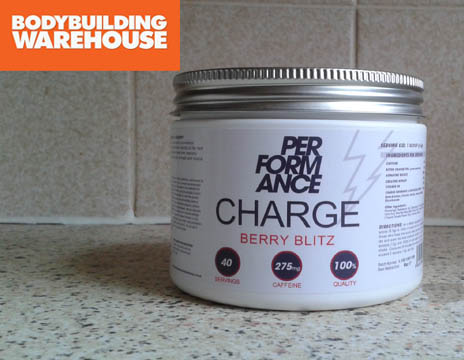 We sometimes need a pick-me-up in the gym to push ourselves further, to reach those goals we may be too tired to achieve. I know that sometimes I can be exhausted before doing a Ju-Jitsu class, especially if I’ve been training a lot, and that I need an energy boost to get me through the lesson to get the most of out my training.

Appearance and Taste of Performance Charge

Bodybuilding Warehouse Performance Charge is sold in tubs containing 40 servings. Opening the tub reveals a seal top to protect the freshness of the powder until you open it for the first time. Peeling back the seal, the powerful fruity berry blitz scent immediately hits you. The powder isn’t as fine in texture as others I’ve used, instead made up of slightly bigger grains in pale pink colour. 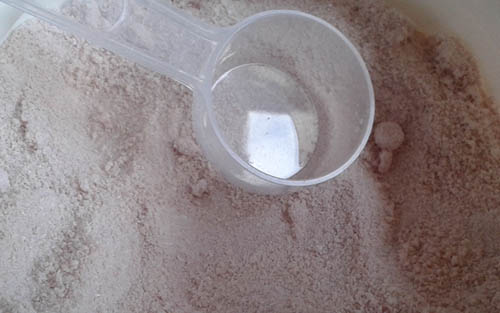 The tub comes with a plastic scoop which fits one 6.5g serving in. The label on the side advises to mix one 6.5g scoop with 150ml of water. The powder mixes rather quickly with the water in the shaker bottle to produce a light pastel pink drink.

Opening the shaker bottle lid, the Performance Charge pre-workout drink still smells of berry but not as strong as the powder in the tub. The drink is light and fresh with the fruity taste coming through. There’s absolutely no lumps or powder stuck at the bottom of the shaker with the pre-workout mixure completely smooth in texture. It’s a refreshing berry drink which does make the lips tingle a little which will be down to the beta alanine content.

When I train during the day, I tend to be quite spritely. However, most of my Ju-Jitsu classes are in the evening, the time of day that I, like most people, tend to wind down. If I’ve been training a lot, which I can sometimes train 4-5 times a week, then it tends to catch up with me and I can often feel tired. These are the times when I use pre-workout.

I consumed one scoop of Bodybuilding Warehouse Performance Charge as I don’t normally need much to give me energy being the petite female I am. Those who are used to pre-workout powders and want dramatic results can take two scoops. I took the pre-workout at 7.30pm ahead of my 8pm class. By the time 8pm hit, I began to warm up a bit – the Performance Charge was kicking in. Suddenly I felt very awake, a huge contrast from struggling to keep my eyes open an hour previously.

Doing the intense warm-up of padwork, exercising, throwing and grappling, I felt fresh and energetic, ready to tackle anything thrown my way. I could dish out roundhouse kicks one after the other and grapple like a demon, using my focused mental skills and physical ability to actively keep moving around my opponent. Even the constant throwing and the getting back up again (always the hardest part!) seemed a doddle.

After one hour and a half lesson, I was still full of energy, both physically and mentally hungry to do more and keep training for at least another hour, if not more. I was worried this might affect my sleep during the night however I managed to sleep alright straight through until morning, though I still felt a bit of energy left in my system the next day. Without a doubt, Bodybuilding Warehouse Performance Charge works an absolute treat. 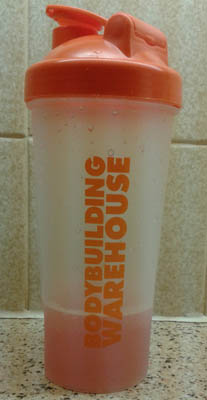 I’ve taken Bodybuilding Warehouse Performance Charge a handful of times and each time I’ve experienced the same side effects. It would seem that, due to the high caffeine content, this pre-workout doesn’t suit everyone though most of the reviews I’ve read it would seem most people don’t have this problem. It all depends on the individual. The only time I have caffeine is in pre-workout supplements, and outside of that I have a very delicate stomach and am allergic to certain things, like potassium in bananas, so I’m not surprised I’m prone. I’m fine with other caffeine pre-workout supplements but this particular one has the highest caffeine content I’ve ever taken.

Taking Bodybuilding Warehouse Performance Charge on the night of training is fine and it works as I expect it to and then some. It’s quite potent stuff and gives me all the energy I could desire and I love it. However, 17 hours after taking Performance Charge I experience stomach cramps which last for 48 hours. It starts off mildly uncomfortable before becoming excruciatingly painful as the day progresses. The next day my stomach is still uncomfortably sore from the pain from the day before but not as severe. Along with the sharp stomach cramps, it can sometimes cause diarrhea.

After doing some research and having seen Bodybuilding Warehouse’s feedback on their reviews section of one other fitness enthusiast who’s experienced it, it would seem that the high caffeine content is the root of the side effects and that the caffeine content of Performance Charge is a bit too much for sensitive folks like me and causes the symptoms mentioned above.

As a pre-workout supplement, I adore Bodybuilding Warehouse Performance Charge Berry Blitz. It works so well and gives me the energy I desire to push harder through my workout and makes my mind alert so I can absorb the techniques being shown and perform them to the best of my ability. The pre-workout drink is refreshing and fruity and it does everything that I require of it. Unfortunately, it would seem my body and the pre-workout formula don’t agree the day after which means I’m unable to take this supplement in the future. I’m gutted because it works so well and is a powerful pre-workout, even at just one scoop, but my sensitive, delicate stomach and tendency for allergies means I’ll have to leave this on the shelf.

Despite my day-after experience, I would heartily recommend this supplement for those who have a high caffeine threshold as it would seem most people are unaffected by the caffeine content and therefore do not experience the side affects I’ve mentioned. The strong, noticable energy boost which Performance Charge provides is perfect for martial artists wanting to push themselves or indeed wake themselves up for training or for gym goers and bodybuilders looking to push out those extra reps.

When the opportunity arose to bag a sample of LA Muscle‘s LA WHEY in Strawberry flavour, I decided to check it out and compare against the other whey proteins and flavours on the market, to […]

If you train in the afternoons and need a quick protein hit before your next appointment, then Protein Cookies are just the thing! Satisfying that sweet craving, a protein cookie is a much preferred alternative […]

Martial arts brand Bad Boy have recently launched their own nutritional supplements line including pre-workouts, whey protein and BCAA. Produced in black plastic tubs bearing their iconic eyes logo, Bad Boy have not only made […]