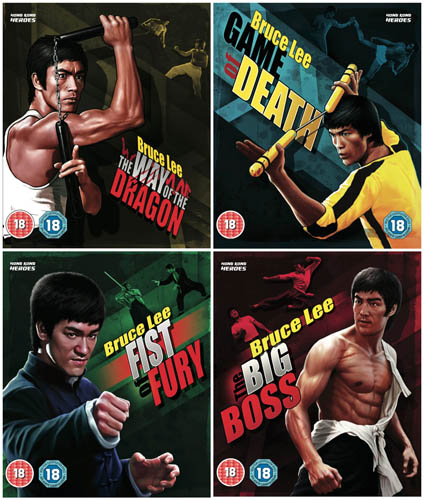 When it comes to martial arts cinema, one name stands above all others – Bruce Lee!

Not only one of cinema’s most phenomenally talented physical performers, he also possessed a star aura that transcended cult status to make Bruce Lee one the great icons of pop culture.

Now, four of his greatest films are coming to dual DVD & Blu-ray October 26th – The Big Boss, Fist of Fury, The Way of the Dragon and Game of Death – and we have copies to giveaway!

All must-own landmarks in the martial arts cinema and integral to the legend of Bruce Lee.

The Way of the Dragon

For your chance to win all four films listed above, answer the following question correctly:

Which Filipino-American martial arts master starred opposite Bruce Lee in GAME OF DEATH?

To enter, just send your answer along with your name and address to contact@shop4martialarts.co.uk with the subject ‘Bruce Lee Film Competition‘.

The competition will close at 11.59pm GMT on Friday 6th November 2015 and one winner will be picked at random from the correct entries.

The roots of the nunchaku weapon can be traced back to two farming mechanisms – the muge (horse bridle) and a mechanism used to grind rice or grain. Nunchaku are still used today in many […]