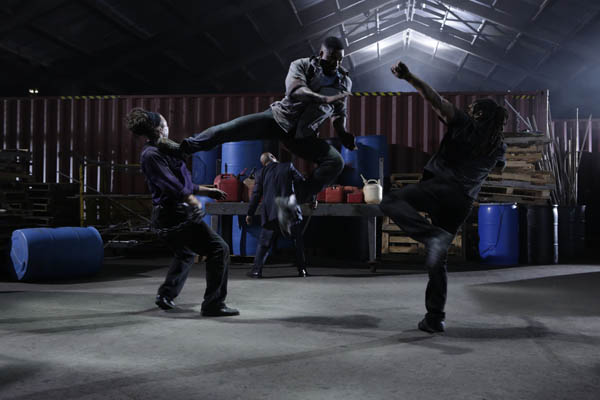 We spoke with the star of martial arts movies Blood and Bone, Undisputed II and Blaxploitation spoof hit Black Dynamite, Michael Jai White, a talented martial artist who holds black belts in seven different styles, ahead of the upcoming DVD and VOD release of his new action movie FALCON RISING on 18th May 2015.

In the film, Michael Jai White plays John Chapman, an army veteran suffering from PTSD who’s forced to fight for justice when his sister is battered and left for dead in the favelas of Brazil. 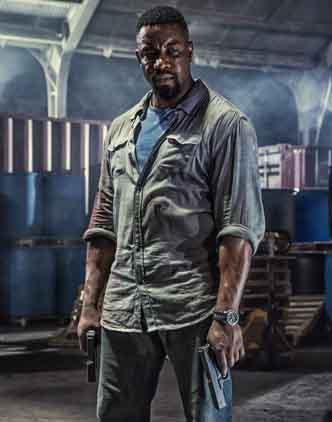 What sort of research and training did you do for the role of John Chapman in Falcon Rising?
I did a lot of research as far as combat veteran suffering from PTSD. That was my main research. Since I play a soldier who’s also a hand-to-hand martial arts instructor, I just kind of put that in with the character. I did a lot of training for it – fire-arms and tactical training.

Is that training something you’ve never done before with previous movies?
Yes, I have but there’s always new techniques and it’s always evolving so I wanted to keep myself fresh on what was new.

Out of all the fight scenes in the movie, which one was the most fun to shoot?
I really had a lot of fun shooting the hacienda fight where I’m fighting all the guys at one time.

Falcon Rising does a fantastic job of establishing the character of John Chapman and suggests more will be in the pipeline. Has a second film been confirmed?
Not confirmed as of yet. I think we’re trying to look for a locale that is current. Something that is topical for the times. 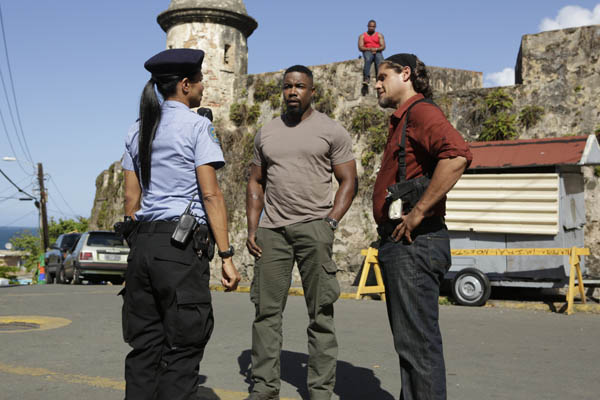 Where in the world would you like to see Chapman kick ass next?
There’s a number of places. Africa is somewhere I would love to investigate.

That’d be brilliant as you never see many films set in Africa, especially martial arts films.
Yeah, right, and that’s why I think it would be interesting.

I believe you have a black belt in Kobudo and you’ve showcased your talent with various weapons such as nunchaku in Black Dynamite and Tonfa in Falcon Rising. Which is your favourite weapon?
I think my favourite weapon is the bo staff. I like the fact it is an extension of your kata technique.

When you’re using the bo staff, do you prefer to grip it in the middle or at the end to create distance against your opponent?
I always use it by thirds. So a third in the middle and a third on both ends. 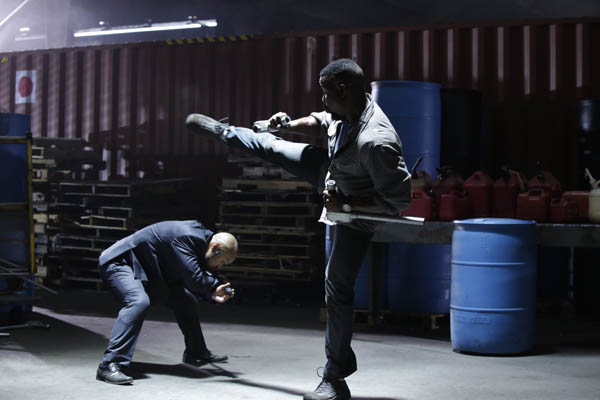 You’ve quite an impressive physique. What is your typical workout routine?
Usually it requires me trimming down, very much like a fighter getting ready for a fight. So it’s about me doing a lot of cardio and reducing. I usually do a lot of running, bag work, martial arts and kata.

Do you do any weight-lifting?
No, I try not to do that as that will tend to keep me bulky.

Are you currently training in any new martial arts styles or do you prefer to train and expand your knowledge in those you’re already experienced in?
I’ve just been doing the ones I’ve been doing, which is several, but I will work on one and sharpen up on it. I keep myself sharp on different ones and when I get that sharp, I practice another one, so I keep it interesting.

Do you do much ground game such as grappling or do you prefer stand-up?
Well, I’ve done more stand up but I’ve done a lot of ground as well. I train with Rigan Machado, the legendary instructor. 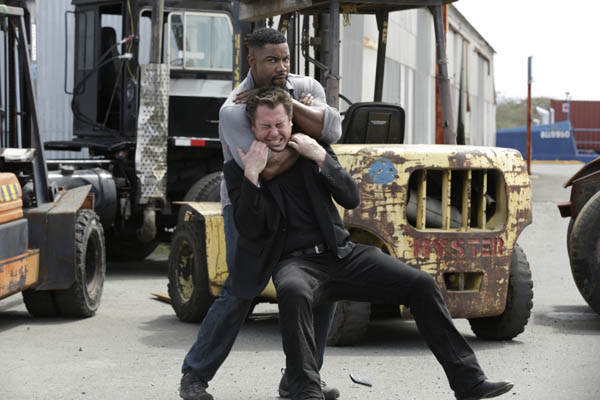 You were outstanding as Mike Tyson in the film of the same name. Are you a boxing fan or do you follow other combat sports such as MMA?
Very much. I watch them both.

Did you see the Mayweather/Pacquaio fight?
Absolutely.

Is there any other martial arts styles you’d like to work with which you haven’t already?
I’m doing more jiu-jitsu. There’s some things I like to learn for camera. Sometimes there’s some elements of Silat I think looks good on camera.

What inspired you to take up martial arts in the first place, when you were a child?
As a child, I grew up in a rough city and I tended to want to build armour to protect myself. Martial arts was a natural look for me.

Did you compete much?
Yes I did. I competed ever since I was young.

In which styles did you compete?
Karate, shotokan and taekwondo, and then kyokushin.

Are you a big fan of Bruce Lee?
Absolutely. I think he’s probably the reason why 98% of us are in martial arts

Will there be a sequel to Black Dynamite?
I hope so. The sequel is written. I think it’s going to be a great sequel.

Can you tell me anything about your new movie Echo Effect, which is currently in post-production?
I play a character who comes back in town and his brother gets in some trouble and he’s connected with some bad guys who are out to kill him. I’m kind of tracking the source of the corruption.

Is that going to be martial arts or action?
Kind of a combination of both.

Thank you very much for your time, Michael.

About Steph 383 Articles
I'm a 2nd Dan Black Belt & certified coach in Japanese Atemi Ju Jitsu, have trained in Muay Thai and currently train in CSW (Combat Submission Wrestling) and CSBJJ at MCKG under Mel Corrigan. I love to compete and have medalled in my own weight division as well as openweight events. I've a total appreciation for all martial arts and always eager to learn new techniques!
Website Facebook Twitter

To celebrate the release of Street Fighter: Assassin’s Fist on DVD & Blu-Ray on Monday 27th October we have a Blu-Ray copy to give away, plus 2 randomly selected Manga UK DVD and/or Blu-Ray titles! […]